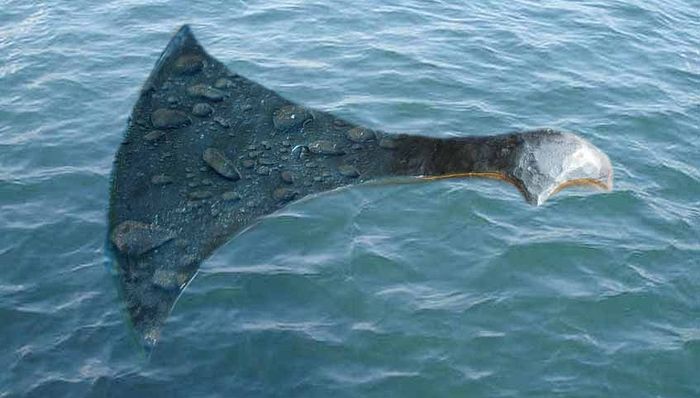 
"But as one was felling a beam, the axhead fell into the water; and he cried, and said, Alas, master! for it was borrowed. And the man of God said, Where fell it? And he showed him the place. And he cut down a stick, and cast it in thither; and the iron did swim.”
— 2 Kings 6:5-6

The story of the floating axe head in 2 Kings 6:1–7 seems at first glance trivial and pointless. It lacks the oomph of raising a dead child or curing leprosy. What is its significance? Was it just to show that Elisha did miracles by the power of God - even something that seems as insignificant as retrieving an axe that was dropped in a river? Why did the prophet Elisha throw in a new piece of wood or branch cut from a tree to retrieve the iron? Why was it an axe head that was lost in the river Jordan? Why did God choose a miracle of making the iron axe head swim or flow to the surface? What part did the branch play in the iron floating? Indeed, why would Elisha do such a miracle at all since God could have just raised it out of the water with a word?

Like all miracles, this miracle is God breathed in all its elements because God wants us to consider it as a token or shadow of something far more important than literal iron floating on water. The floating axe head, and indeed the pattern of all God’s miracles recorded in Scripture, always have some deeper spiritual meaning to them. They all point to some greater spiritual truth concerning the gospel of Christ and the salvation of God’s people.

The name Elisha means “God is Salvation” and is from the Hebrew elements el meaning “God” and yasha meaning “to be saved” which is very appropriate for the miracles Elisha does. Elisha is a type of Christ, and his miracles are to signify some particular aspect of the gospel message of salvation.

The story and context of this event begins earlier as the work and miracles done by the Lord through Elisha brought great numbers of pupils to him eager to learn about God. Because their numbers had increased, they needed more space. So, they made it known to Elisha that the place (common habitation of meeting) where they sat down to hear Elisha speak had become too strait (meaning too narrow or confining) for their growing numbers, and they wanted his approval to go and build a bigger place where they could be together comfortably. (2 Kings 6:1-2)

Elisha agreed and went with his disciples to the banks of the Jordan river where they found great trees to build their new dwelling place, and they began to cut wood from the trees for the construction of this new building. (2 Kings 6:4)

When one of the sons of the prophets was swinging an axe to fell a tree, the axe head slipped off the handle and the iron axe head was lost as it sank to the bottom of the Jordan river. This caused great consternation to the one who was wielding the axe because he was acutely aware that it was borrowed. And borrowed items should be used with care so that once the task is completed, they can be returned unbroken to its rightful owner. If not, there is a debt that is owed. The good servant was clearly distressed, because in anguish he exclaimed, “Alas, master, for it was borrowed!” (2 Kings 6:5) An axe made of iron in those days was no small purchase. Iron was a rare commodity in ancient Israel, so that losing an axe head would lead to significant debt. If he could not pay, the debtor might even have to enter “debt slavery” until they could restore the cost of the borrowed item. The law required compensatory justice.

Elisha is divinely inspired to cut a stick from a tree, that through the power of God it would bring up the axe head, removing the judgment by removing the debt. When the axe head is restored, the servant is freed from debt. Elisha’s action typifies the work of Jesus, our deliverer from the bondage of sin and the great debt we would owe but could not pay.

Elisha used a stick because it represents the cross where Jesus died to remove the curse of the law, the debt that requires judgment. (Galatians 3:13) The Hebrew word in 2nd Kings that is translated stick, is the exact same word that is translated “gallows” in Esther 5:14, representing the tree, a tool of hanging and instrument of death.

It is also significant, that the resurrection of the axe head takes place in water, through submersion and return. In the previous chapter, Naaman goes down into the same water and comes back cleansed from his leprosy, reborn with flesh “like the flesh of a little child” (2 Kings 5:14), and the axe head sinks into the waters of the Jordan and is restored, saving a prophet’s son from a debt. So, this event is not only a pointer to the work of Jesus on the cross but also foreshadows baptism which binds us in covenant to the payment of our great debt. Just as Jesus went down into the waters of Jordan and came forth out of the water receiving the Holy Spirit, the Spirit that empowered him to preach the gospel to the poor, heal the lame, and open the eyes of the blind, through baptism, we too receive the Holy Spirit and are liberated from the “yoke of bondage” (Galatians 6:1). As Paul says, we are buried with him in baptism, so that we too might “walk in newness of life” (Romans 6:4).

Elisha’s miracle is no trivial or pointless demonstration of power. In recovering the axe head, he delivers the man who had lost it from indebtedness and potentially slavery as required by the law typifying the work of our Savior. Once lost in the murky depths of a sinful nature, we have been raised by the cross of Jesus into the glorious light and freed from the bondage of sin and death.

If the Son therefore shall make you free, ye shall be free indeed. (John 8:36)

God is just. Jesus paid our debt. We are free.