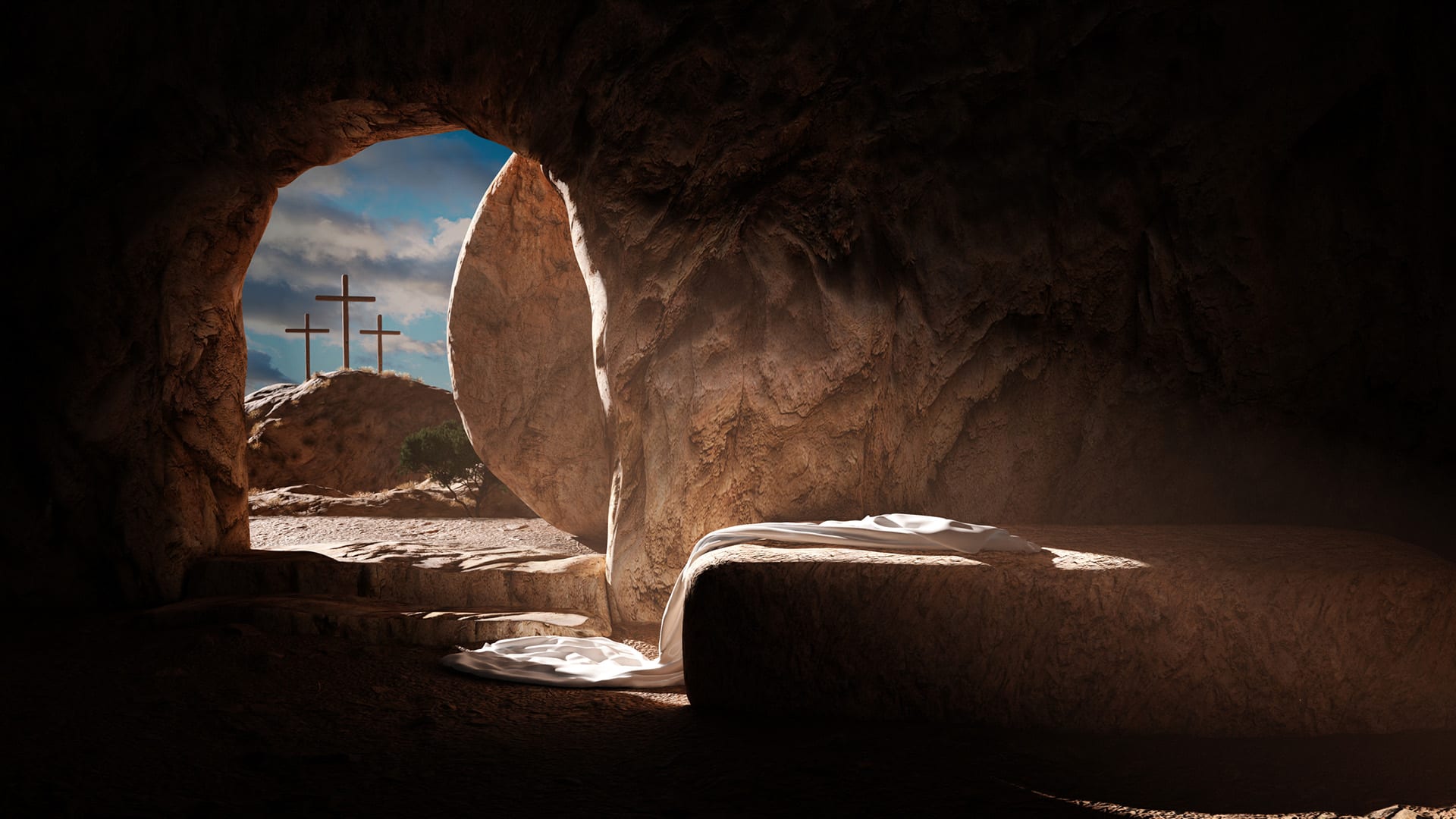 "The 3 Temples that Jesus Raised"


Jesus told the Jews, “Destroy this temple, and in three days I will raise it up” (John 2:19). They thought He meant the Temple at Jerusalem, but He meant His body. While Jesus showed His apostles the Old Testament scripture that prophesied His resurrection, they did not remember it until after He rose from the dead (John 2:22).

The only possible Old Testament Scripture foretelling Jesus’ resurrection is in Zechariah: “Behold the man whose name is The BRANCH; and he shall grow up out of his place, and he shall build the temple of the Lord; even he shall build the temple of the Lord; and he shall bear the glory, and shall sit and rule upon his throne; and he shall be a priest upon his throne” (Zech 6:12-13). The Hebrew word translated Branch is the noun form of the Hebrew word translated “grow.” The latter means “to sprout, to spring forth.” The former means “a sprout or a bud.” Zechariah literally said, “The Sprout shall spring forth from his place.” On the third day, Jesus sprang from His tomb. He sprouted from the grave and now He bears the glory sitting at God’s right hand as our great High Priest.

The resurrection of Jesus Christ is overwhelming testimony that death cannot destroy the Temple of God. His temple, that is, His body, rose from the grave. But Zechariah emphasized that Jesus would do more than rise up from His place. He would also build the temple of the Lord.

Jesus did not rise from the dead just to demonstrate His power. He rose to open the door into eternal life, through which all who believe in Him can follow. He told Martha, “I am the resurrection, and the life; he that believeth in me, though he were dead, yet shall he live” (John 11:25). Those who believe in Jesus can receive the Holy Ghost. The Bible teaches, “This spake he [Jesus] of the Spirit, which they that believe on him should receive; for the Holy Ghost was promised unto them who believe, after that Jesus was glorified” (John 7:39). Since “God anointed Jesus of Nazareth with the Holy Ghost” (Acts 10:38), the same Spirit that raised up Jesus from the dead also dwells in those who receive the gift of the Holy Ghost. Because He does, “He that raised up Christ from the dead shall also quicken your mortal bodies by his Spirit that dwelleth in you” (Rom 8:11). We, too, can rise from the dead.

The Bible calls all those in whom the Holy Ghost dwells the temple of God; “Ye are the temple of the living God; as God hath said, I will dwell in them, and walk in them; and I will be their God, and they shall be my people” (2 Cor 6:16). Jesus rose from the grave to build each believer into a temple in whom the Holy Ghost abides. My favorite Christian song says, “You made a way, across the great divide / Left behind, Heaven's throne, to build it here inside.” Through the gift of the Holy Ghost, we become temples of God—temples that Jesus built and in which He reigns. Death cannot destroy our temple, just like it could not destroy the temple of Jesus’ body.

Zechariah repeated the prophecy about Jesus building the temple. He first prophesied how Jesus would spring forth from His grave. Then, he added that Jesus “shall build the temple of the Lord” (Zech 11:12). Our Savior does that for everyone who believes in Him and receives the gift of the Holy Ghost. But Zechariah foretells another temple. He repeated, “Even he shall build the temple of the Lord” (Zech 6:13). This third temple is a spiritual house composed of individual temples mortared together into a spiritual house. Peter wrote, “Ye also, as lively stones, are built up a spiritual house” (1P 2:5). Peter went on to point out that we are built on “a chief cornerstone, elect, precious” (1P 5:6), “for the stone which the builders disallowed, is become the head of the corner” (1P 2:8).

The Jews rejected Jesus but could not destroy Him. They demanded His crucifixion, but He rose from the dead to become the chief and choice cornerstone for a spiritual house. That spiritual house is composed of individual believers who are themselves temples of God. Paul explained, “Ye are no more strangers and foreigners, but fellow citizens with the saints, and of the household of God; and are built upon the foundation of the apostles and prophets, Jesus Christ himself being the chief cornerstone; in whom all the building fitly framed together groweth unto an holy temple in the Lord; in whom ye also are builded together for an habitation of God through the Spirit” (Eph 2:19-22). This is the third temple that Jesus will build in the last days. It is a temple to which He can come because He already reigns as king and High Priest in each stone of that building.

Nathan had already foretold this third temple. He brought the Lord’s message to King David: “Lord telleth thee that he will make thee a house.” (2 Sam 7:11). The latter-day glory is not just the glory of that third temple to which Jesus comes, but the way He builds it. First, He must prepare the place on the appointed land He promised David: “Righteousness and truth will I cause to sweep the earth as with a flood, to gather out my own elect from the four quarters of the earth unto a place which I shall prepare” (D&C 36:12f). Then, He must build that temple. It is a holy city, which is called Zion. Isaiah prophesied, “They shall see eye to eye, when the Lord shall bring again Zion” (Is 52:8].

The Jews did not understand how the Messiah would come to His Temple. Instead, they gloried in the second Temple that stood in Jerusalem. We do not understand how Jesus will build the temple of fitly-framed believers. Do we glory in our understanding of the establishment of the kingdom? Or of the redemption of Zion? We will not likely understand until Jesus completes that third temple, but we can prepare ourselves as lively stones that He can fitly frame in that glorious house.

The Lord specifically told us to make that preparation: “It is my will, that all they who call on my name, and worship me according to mine everlasting gospel, should gather together and stand in holy places, and prepare for the revelation which is to come when the veil of the covering of my temple, in my tabernacle, which hideth the earth, shall be taken off, and all flesh shall see me together” (D&C 98:5a). What will it be like when the glory of the Lord’s heavenly temple bursts upon the earth? If His glory abides in us through the transforming power of the Holy Ghost, then not only we will abide it, but we will rejoice as it covers the earth as the flood did in Noah’s time. Then, “the earth shall be full of the knowledge of the Lord, as the waters cover the sea” (Is 11:9).