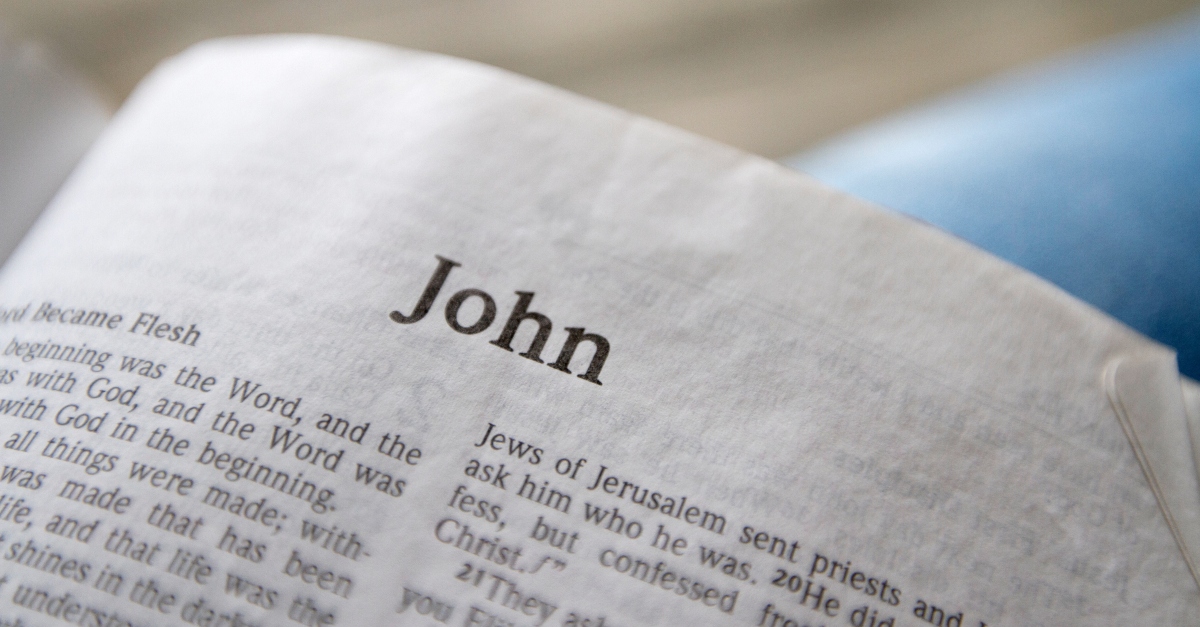 "That You May Believe"


"But these are written, that ye might believe that Jesus is the Christ, the son of God; and that believing ye might have life through his name. ”
— John 20:31

Quite a few years ago, an opportunity presented itself to earn some extra income. While this was attractive, it required that I sell a product. Good salesmen know how to ask for a sale. Bad ones do not. I was a bad salesman. To try to be better, I attended a seminar that was intended to equip and enable us to be good at selling. I was quite surprised when the keynote speaker stated that their purpose was not to teach us how to sell but to raise our level of belief in the product we were selling. The underlying principle is the power of belief. If you really and truly believe something, it will change you. What you believe drives what you do, and what you do determines who you are and what you achieve.

Near the end of John’s gospel, he identifies the purpose for which he wrote. His entire gospel was written that we might “believe that Jesus is the Christ, the son of God.” His aim was and is to bring people to really believe that Jesus was God’s anointed son, and by believing to have life.

John is also declaring that he is not writing to merely inform nor entertain. He is writing to stir the heart of the reader to believe. But what does it really mean, in the sense that John intends, to believe? Does it mean to believe in the historical personage of Christ, to accept the fact that a man named Jesus lived at some point in time? Does it mean to admire Him, or to emulate Him, or to take up His revolutionary cause? Does it mean to entertain warm feelings, or to venerate Him as more than human or to devote time and energy in order to please Him?

No. John’s declared purpose is not rooted in some historical or antiquarian interest. While these kinds of belief are good – some even necessary, the kind of belief John calls us to embrace encompasses much more. John, it seems, has deliberately chosen to use the Greek verb pisteuo, “to believe” over the noun “faith.” This noun does not even exist in John’s gospel but the verb “to believe” occurs 98 times. (We should not infer from this that faith is not important to John or to us.) The verb’s characteristic usage by New Testament writers’ points to a trust that is firmly and solidly based which affects the entire life of the believer.

“To believe” as used by John, means far more than just being convinced that Jesus existed, and His teachings are true. It is a level of belief that changes us and drives what we do. According to James even devils are convinced and know that God exists -- but not to the extent that changes them.

Early in John’s gospel he writes the verse that has become the best known in all of scripture, “For God so loved the world, that he gave his Only Begotten Son, that whosoever believeth on him should not perish; but have everlasting life.” (John 3:16) He then proceeds to endeavor to raise our level of belief through a narrative that includes many signs and wonders and the great “I AM” statements of Jesus that give us the full view of who He is and why He came. What he writes is profound but not complicated. Scholars agree that John’s account of Christ’s earthly ministry uses such elementary Greek that it reads like a child’s primer and yet it challenges philosophers and theologians that spend lifetimes trying to fully comprehend the truths John represents. No matter your present level of belief in Christ, John’s gospel when read and considered will raise it to a new level.

The Greek verb pisteuo that John uses so many times means “to acknowledge the truth as truth.” So, to believe in Christ is, first, to accept what He says is truth. Second, and more importantly, pisteuo means “to trust, to rely upon, to derive confidence in” something or someone. If we truly can say we believe that Jesus is the Christ, we are declaring that we trust Him, that we rely upon Him, that we have placed our complete confidence in Him and that everything we know about this life and what occurs after death depends on His claims about Himself and how we respond to His offer of grace.

His grace brings us life.

Read John. Learn about the word that became flesh. Believe every word.

Believe that Jesus is the Christ, the son of God. It will change you and you will have life through his name.